Crime is a dangerous thing for every nation in the world. Most criminals will do evil and evil things. It is very interesting to play the role of a bad guy, but not everyone can do that in the real world for sure. Therefore, trying the life of a gangster in the mobile game is the most convenient way. Today, we would like to introduce to you a great game of this topic named Gangstar Vegas: World of Crime. It will help you participate in a world of crime full of danger with crimes, gang wars… Please join us to check it out right now!

The producer Gameloft SE is not so strang with many gamers. If you are a fan of Asphalt racing games, you must know that Gameloft is a big developer in France. Currently, they have more than 20 studios around the world and mainly focus on mobile games. They used to focus on Java games but mobile games are having a huge market share and are a lucrative piece of cake. So the developer is still focusing on optimizing and developing games for Android and IOS. Besides the exciting games such as Asphalt 8, Asphalt 9, N.O.V.A Legacy…, Gangstar Vegas is a comprehensive and perfect combination of the top racing and dramatic action. It is also heavily inspired by Grand Theft Auto (GTA) from Rockstar Games. 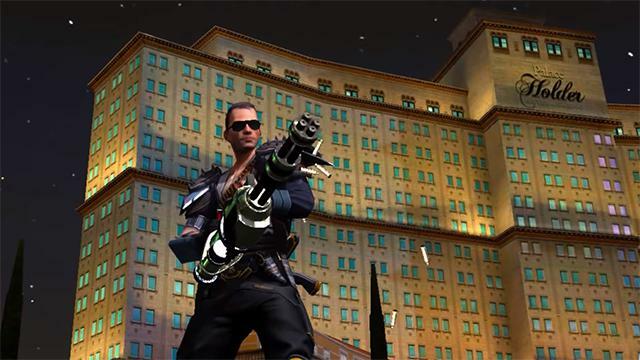 In the game, you are a professional and promising MMA fighter. Unfortunately, you had been stuck between some of the notorious gangs. Gangs all want to control you for MMA matches and hundreds of millions of dollars in bets. You had to follow the boss’s command and give up in the last match. However, with the pride of a martial artist as a warrior, you could not do that. You knocked down the opponent quickly and caused the boss of the famous gang to suffer extremely heavy damage. After that, you have been hunting throughout the city.

Become the boss of the gang

In Gangstar Vegas, gamers will become a main character in a big city. There, you can loot in many different locations. Also, you can own and use different weapons. Gamers can even control many unique vehicles such as cars, boats, motorcycles … In the game, there will be many tasks, which you need to complete to explore the story, collect items. However, becoming a criminal won’t be easy because all your illegal activities have been monitored by police and security guards. When you get a criminal activity, you have opted to participate in dramatic chases or a fierce gun battles. Besides, players have to face the people who want to depose you to become a boss. You need to command your loyal followers to rebuild the strong gang and rule the city.

At first sight, gamers will find Gangstar Vegas quite similar to another famous game like GTA. Because it is also based on the famous game series from Rockstar Games. However, Gangstar Vegas has created many differences that make players interested in. The number of cities is now 9 times larger than before. In such a large environment, players can get much more realistic experiences. Also, Gangstar Vegas provides an open world like GTA V RolePlay. In which, players can interact with other players and see your position on the ranking board.

Gangstar Vegas has many special weapons that you have ever seen. We can mention flamethrowers, Molotov cocktails, military rifles, and many other great things. On each weapon and item, you can upgrade them to get better functions. Besides, gamers can control incredible vehicles such as giant trucks, tanks, jets, etc. They will help you sweep in cities easier. Also, players can customize clothes and costumes to look like a robot, zombie or anything you want. 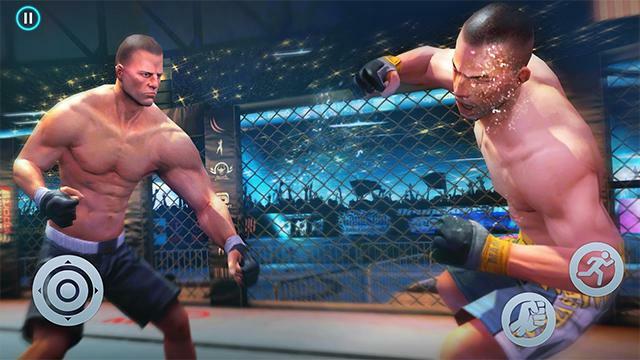 AR (Augmented Reality) is the most advanced technology in Gangstar Vegas. It will add a lot of virtual details into the game to enhance the player’s experience. The real-life experience will be brought closer to the gamers. You can use this feature to see the city Vegas from above at night. The city will look more colorful with light from buildings and streets. However, to activate this AR technology, players need to have a good enough mobile device. The manufacturer’s advice is to use devices running Android 7 or higher.

Gangstar Vegas uses 3D technology to design characters and environments. From there, the game will look more realistic from the perspective of the player. The movement of the characters is well-optimized, making everything very smooth. In addition, Gangstar Vegas also fully integrates both first and third-person views to enhance the player experience. You may realize that Gangstar Vegas will be as good as other action games available on PC today.