MARVEL Realm of Champions is the next superhero game released by developer Kabam. This game will make fans of superheroes all over the world crazy. It will be a new breakthrough in the superhero game genre. Instead of an action game, it is the role-playing genre (RPG). MARVEL Realm of Champions will have many more interesting things instead of continuously fighting that make players boring. In this article, we would like to give you the latest information about the game as well as provide the link to download it for free. Let’s check it out right now! 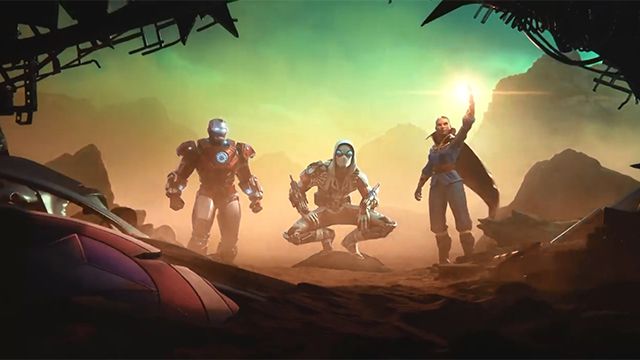 MARVEL Realm of Champions tells an original from MARVEL’s story, Secret Wars. It takes place on a planet called Battleworld, run by many “Houses” with unsustainable alliances. Battleworld is created by Beyonder. This world kept alien weapons and technology. Beyonder had been fascinated by the superheroes on earth and their potential so Beyonder has moved a group of superheroes and villains to the Battleworld planet. At this moment, the uncompromising battle took place.

In MARVEL Realm of Champions, players will team up with superhero teams from comics called “House” and team up with their friends to participate in the real-time arena. There will be many different houses for players to choose from including House of Iron (Iron Man), Spider-Guild (Spider-Man), Patriot Garrison (Captain America), Pyramid X (X-Men)… Houses will have the unique characteristics of heroes in the MARVEL. You can choose a suitable house depending on which heroes you like.

Basically, players will work together to find resources and maintain the strength of the team. Everyone will join hands to fight with the enemy and create epic battles on the planet Battleworld. These battles promise to be extremely fierce. You will even find that the possibilities are better than the movies you have ever seen. Besides, players can choose the power of the superheroes combined with a few new features such as modern weapons of the Stark Group or the magic of the Asgard. In addition, players can choose the battlefield including PvE and PvP. The battle will be a comprehensive fight between the houses so it will be fierce and attractive. 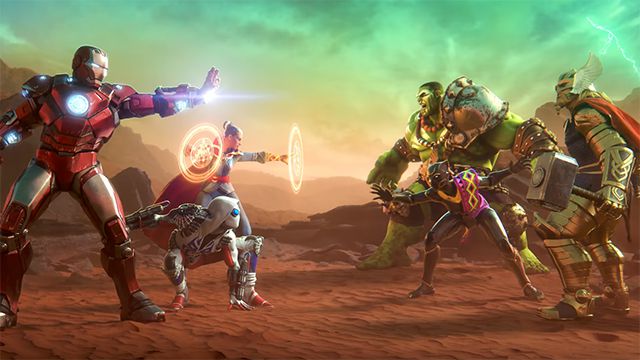 The world of Battleworld is made up of different universes. Therefore, the heroes will not be the original that players often see in the movie about the familiar 616 universes. The superheroes in MARVEL Realm of Champions will be different versions coming from the multiverse. For example, you might see the Black Panther female version or the spider man using a gun… It might be new things that players can enjoy the game in an interesting way. However, these superheroes will not be too strange to superhero fans. You can rest assured enjoying the fascinating battles.

The cooperation of Kabam and Marvel has always brought great success to superhero games. Thanks to the careful advice of the story creators, Kabam has shaped the characters extremely true. Also, Kabam used modern technology to build this game. 3D technology will help characters look a lot more vivid and authentic. It will also impress all players by the spectacular effects. 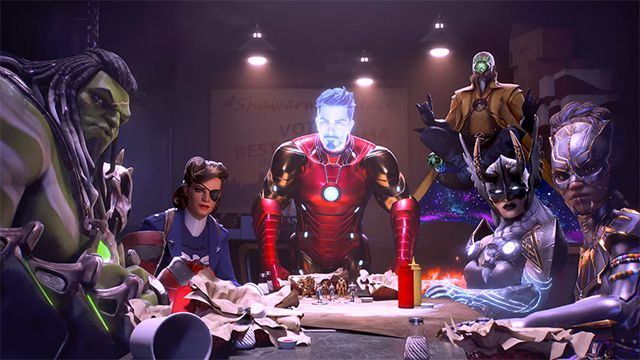 MARVEL Realm of Champions is a great game. It’s for fans of superheroes and even those who love mobile RPG. The size of the game will be very large, making it a bit difficult to download for many players. You will need to download the APK and OBB files on your Android device before installing. If you are interested in the game, you can pin this article to update to the latest version of MARVEL Realm of Champions Apk. Thanks and have fun!