Bed Wars MOD APK is an exciting action game from the mobile developer Blockman GO Studio. It is the ultimate PvP team game, which is attracting a large number of players. In the game, your task will be to collect resources, protect the team’s base, and find a way to destroy the opponent’s base. Although there are simple rules of play, it creates a lot of fun and stressful situations for the player. Please join us to explore the key features of this exciting game and download it right here! 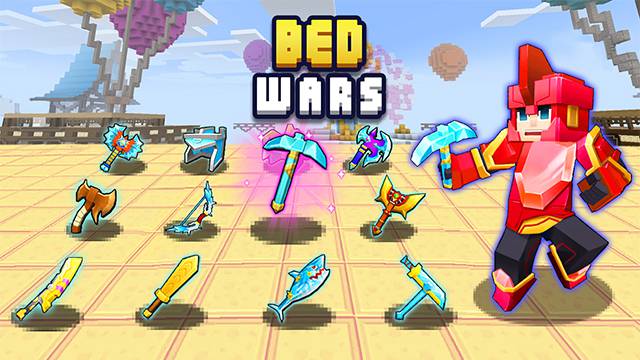 Bed Wars is an exciting new game on the Android platform. It is based on the BED WARS CLASSIC style of the legendary game Minecraft. Also, the game divides players into teams of 4 to compete against other teams. Specifically, players will collect iron bars, gold pieces, gems, and diamonds on the map. After that, you can use them to buy better equipment. Moreover, you have to upgrade your team and your teammates to fight enemies in highly tactical battles. The game will require players to work together rhythmically to gain an advantage over the enemies. After destroying all the bases of the enemy team, you will win.

At the start of the game, the game will take you to a gathering room with other players. After starting the game, you will be distributed and assigned to a random team with 3 other members. Then, the game will take you to a map with many separated works and suspended in the sky. At this point, players will need to build bridges to connect buildings together to find resources or attack opponents. Specifically, you need to move around every corner of the map to find the resources. However, you should be careful because your enemies will do it too. So, they can attack you at any time. If you are not strong enough for fighting, you should run away and call for more teammates. If you want to destroy the opponent, you need to destroy the team’s bed. After losing the bed, the team will not be able to revive.

Besides, the controls of Bed Wars are relatively simple and familiar to most players. On the left side of the screen, it will be the joystick to help your character move around. By dragging and holding, you can direct your character in the direction you want. On the left, there will be the actions of the character, such as running, jumping, building, and fighting. They are arranged so that you can interact with the environment and with other players easily. Also, at the bottom of the screen, it is a toolbar, which displays materials, weapons and some other items for players to follow. 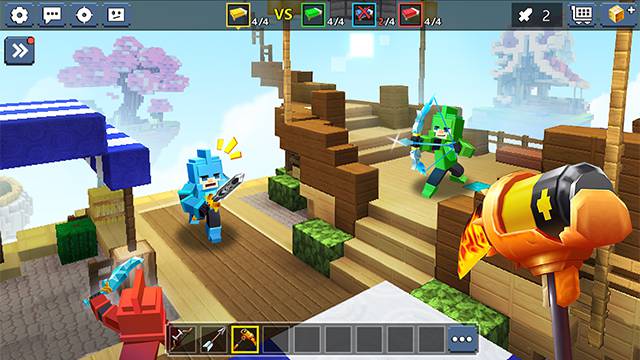 The graphics of Bed Wars is similar to Minecraft. It is a style of blocky graphics, which is familiar to most players. Specifically, everything will be assembled together by square boxes. Players can easily add or destroy any box. In the map, the landscape is also designed to resemble a world in the clouds. The buildings are separate from each other and are suspended in the sky. If you fall off the building, you will die. 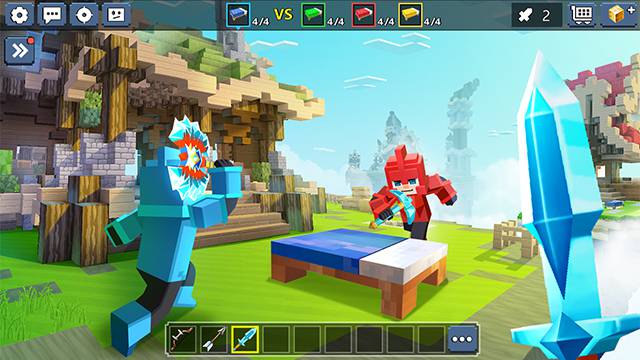 Overall, Bed Wars is an attractive game with familiar gameplay and intuitive graphics. It is very fun in fighting and interacting with many other players. Also, it creates many interesting situations that can only be seen in PvP team battles. Right now, readers can download this game for free at the end of the article and let us know your review about it. Thanks and have fun!