Pokemon Rumble Rush is the latest action game about Pokemon from The Pokemon Company. It is an attractive game for fans of miraculous treasures. The game will give players a fascinating endless adventure, in which they have to control their favourite Pokemon and fight with many enemies, strong bosses on the way. Pokemon Rumble Rush promises to bring fun gameplay mixed with dramatic action, cute characters and many interesting features for players.

Besides, the developer is specializing in producing simple Pokemon games. They are available on Google Play for Android phones. In this article, I would like to share the APK file of the game, which is a modified version that provides more advanced features than in the original version. In addition, I will give you all the information about Pokemon Rumble Rush with the APK file, as well as, a link to download it for free in this post. Let’s check it out right now! 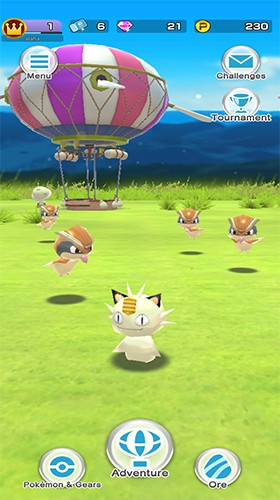 Pokemon Rumble Rush brings players to fast matches. In which, you will control your Pokemon to fight in a short distance. Here, your opponents will appear and try to stop you. At the end of the road, there will be a strong boss waiting for you. You need to defeat all enemies to win. The rewards for you are probably the stronger new Pokemon and the bonus. After collecting new Pokemon, you can choose the best Pokemon with the highest CP to use. In addition, you can also upgrade Pokemon with powers and items included. During the game, you can collect many similar Pokemon. When you have too many Pokemon and your package become cramped, you can send them to the Club. At this point, you can click, hold them and press “Send to Club”.

In Pokemon Rumble Rush, the control is simple. You just need to swipe and touch simple actions. When fighting, you click constantly on the screen to move Pokemon away and fight with the opponents. You can use one finger to immediately fight. 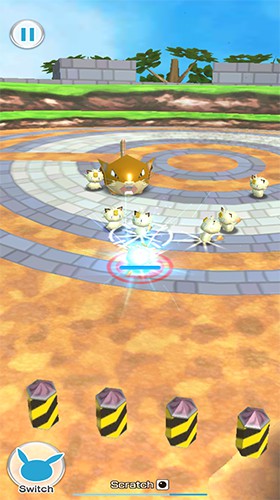 Currently, Pokemon Rumble Rush has 2 game modes including Adventure and Tournament. Each mode will include different gameplay and features. Those modes will bring many rewards for all players. So, you should not ignore any mode. Please refer more about these modes below:

Currently, there are 151 different species of Pokemon in the game. Of course, it will be updated in the future. Each Pokemon will have the unique stats. Even Pokemon of the same type have completely different abilities. Therefore, you need to base on many indicators to evaluate their strength. The special of the Pokemon will make players feel interested in finding Pokemon.

In addition, your Pokemon can also be upgraded by adding Summon Grear and Power Gear. This upgrade is not yet extensive but we hope it will be available in the future. Besides, you can rename Pokemon and interact with them on the main screen. In which, you can click on Pokemon like stroking them. They will scream and appear hearts on your phone screen. 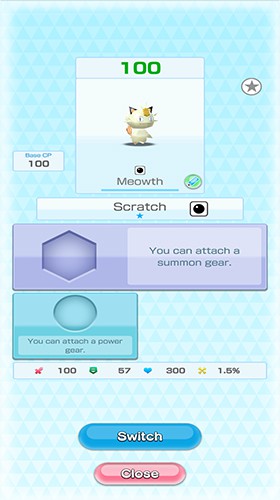 Pokemon Rumble Rush is a new and exciting game. It will bring gamers great relaxation and entertainment. Please click on the link below to download this game. In the future, I can update the Pokemon Rumble Rush Mod Apk version with many interesting features. If you have any question about the game, please leave a comment below! Do not forget to visit our website for more interesting games and apps! Thanks and have a fun game!

More from The Pokemon Company