Battle Royale games are very popular in the world. Tens of millions of players still participate in the matches every day. Those matches always bring a lot of emotion to the players. Recently, developer NetEase Games has introduced a new idea about a game that combines Battle Royale and Stickman matches. The game is Stick Fight: The Game Mobile. This game will bring many quick and fun matches. Let’s find it out right now! 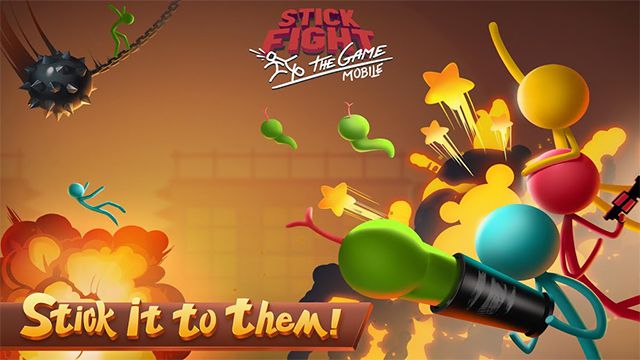 Stick Fight: The Game Mobile brings very creative and new gameplay. In the game, players will be involved in the survival battle of the Stickman. It has a lot of stages. In each level, you will fight with other players or the dangers created by the developer. You need to live longer and take down more enemies to gain points. Besides, Stick Fight: The Game Mobile will include 9 consecutive game screens that require players to constantly change and catch up with the new terrain. Also, Stick Fight: The Game Mobile has quite a variety of controls with many different actions. You can move, attack, defend, jump… All those operations will require you to press quickly and accurately. You can combine these actions smoothly to escape from the dangers. In addition, controlling the characters will be quite difficult. New players will be very difficult to get used to the sliding movement style of the game.

Although Stick Fight: The Game Mobile does not list weapons, as well as you can only collect them in the game screen, you will see a lot of special and unique weapons. They are very powerful to help you defeat enemies quickly. But they will also hurt you if you don’t use them properly. In addition, you can practice and learn how to use a variety of weapons in the game lounge. In which, the weapons will fall randomly so you can fight an AI to train your ability and the knowledge of the weapons. 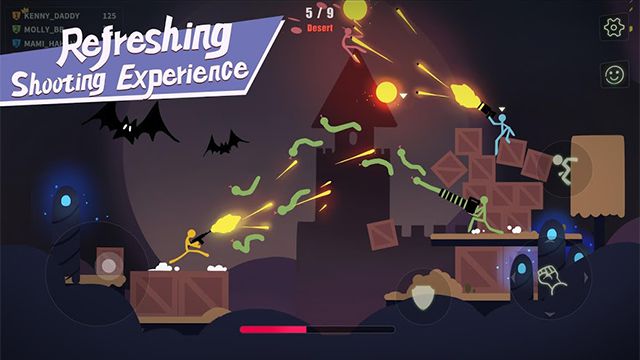 Other features of Stick Fight: The Game Mobile

Stick Fight: The Mobile Game is built with familiar 2D graphics. The close and friendly stick man characters are modelled like human shapes. The colour of the game will be somewhat mysterious dark colours. Many different scenarios with many unique battle locations are also provided by the developer. You will switch the game screen continuously so you will encounter a few scenes with the lag. Besides, the sound of the game is also very exciting with fast non-verbal music. The sound of battle is also very brittle, making players feel excited. 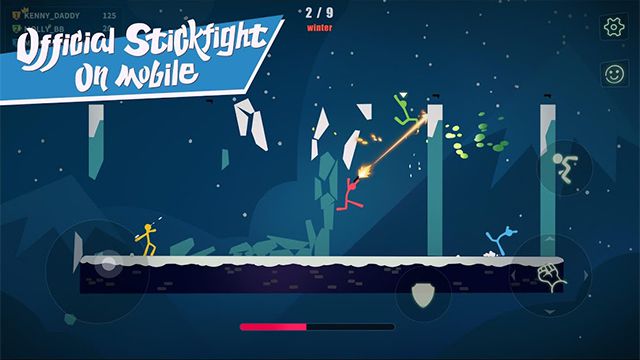 Stick Fight: The Game Mobile is a creative and exciting game. It offers a very high level of entertainment and eliminates the stress of Battle Royale games. Besides, the online matches will help you connect to other players for more fun. Currently, many people are experiencing this game. You can also download it now with the link below. Don’t forget to leave your review to help us improve the posts! Thanks and have a fun game!