Action games are always loved by many around the world. Many games of this category are being released every day on Google Play. However, to find a good game from professional developers will be quite difficult. That is the reason why we are here to help you find the best action games today. Recently, the developer, Reliance Big Entertainment (UK) Private Limited – the developer of many famous action, robot and boxing games, has launched its latest game called World Robot Boxing 2. This is also the second part of the game Real Steel World Robot Boxing. Certainly, it will provide us with many improvements and new features. Let’s check it out right now! 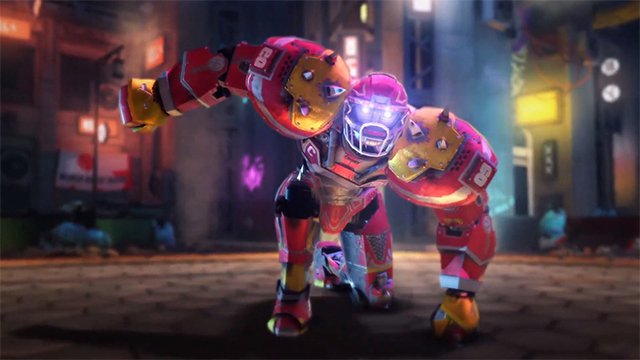 World Robot Boxing 2 was set in a future world when technology had extremely developed. Humans created many types of robots that could vividly simulate human activities. At that time, humans had devised entertainment games by creating robot arenas. It’s not just small-scale matches, but big tournaments that turned you into powerful bosses. Players will have the opportunity to compete with many other opponents to become a boxing champion in the robot world.

For an action game like World Robot Boxing 2, its gameplay will be powerful. That will be the top fighting match of the robots. In the game, players will have to control robots to fight and defeat opponents. However, it will not be easy when the game has a lot of features related to control and combat operations. Players will need more time to master the skills and tactics. Each robot will have a certain amount of blood. You need to control your robot to hit the target and defeat it. Your opponent can also attack you the way you did. Therefore, you need to move, defend and attack to get an advantage wisely.

In World Robot Boxing 2, the control will be relatively familiar and easy. On the left, a virtual key will help you move the character in the direction you want. Also, there will be several keys to help players attack the enemy on the right side of the screen. By combining the operations, you create a variety of battles. By winning the battles, players can collect rewards, including money, experience points, and many other items. These will be very helpful for players in upgrading and developing their robots. 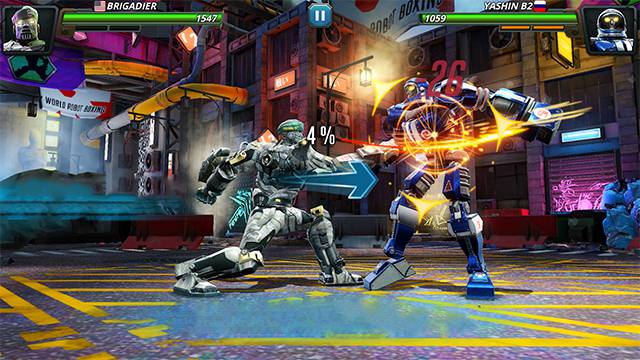 For players in World Robot Boxing 2, there will be a lot of interesting things waiting for them in different game modes. You can choose to fight by following the story. In which, there are many levels for you to conquer. Also, there will be a robot controlled by intelligent AI in every game. This mode helps you train your skills and collect more attractive rewards. Moreover, players who like competition can choose to fight online in the Versus mode. Your opponents will be experienced players from all over the world. After winning them, you can climb the worldwide rankings. Besides, World Robot Boxing 2 also brings a series of exciting weekly events that make players always interested in.

World Robot Boxing 2 has hundreds of robots for players to collect. Each type of robot is designed with unique characteristics. First, you will see robots that have special stats like blood, attack, levels… Those robots will be divided into different systems such as speed, technology…, each of which will have unique features and abilities. Also, gamers can upgrade their robots by collecting technology pieces. The competition will be extremely fierce, so you have to prepare well for your robots before participating in any battles.

World Robot Boxing 2 is a new game developed with the most advanced graphics technology today. Beautiful 3D graphics will simulate vividly and impressively the robot operations. You can admire them by rotating 360 degrees. That idea can only be seen in the far future, which will make many enthusiasts of technology and robots more excited. Besides, World Robot Boxing 2 provides extremely smooth movements with impressive effects. The robots will operate flexibly. Besides, the sound of the game will also be something that makes players excited. 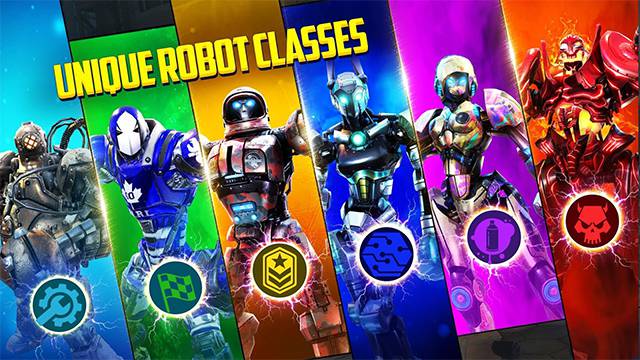 World Robot Boxing 2 is an interesting game in the action genre. You will have the opportunity to admire fancy robots, epic battles and other advanced features. Players can download it from Google Play. Besides, we also bring a good solution for you by downloading the game directly in this article. This is a modified version of the game, which will provide you with more advanced features. You will need to download both the APK file and the OBB file to be able to install the game. Please prepare good device memory before downloading because the game has a capacity of about 500Mb. Thanks and have fun!