Lock’s Quest is a strategy game from the developer 5th Cell. This is the second Nintendo DS game of this developer, which was released in 2008. In 2017, Lock’s Quest was available on many popular platforms such as PlayStation 4, Xbox One and PC. Recently, Lock’s Quest has launched an official version for mobile platforms. It is released on popular mobile stores. In the game, players will experience the war story with intellectual gameplay. You have to overcome many difficult challenges, unique maps and many other interesting features. In this post, we give you all the information about the game as well as provide the link to download it for free. Let’s check it out right now! 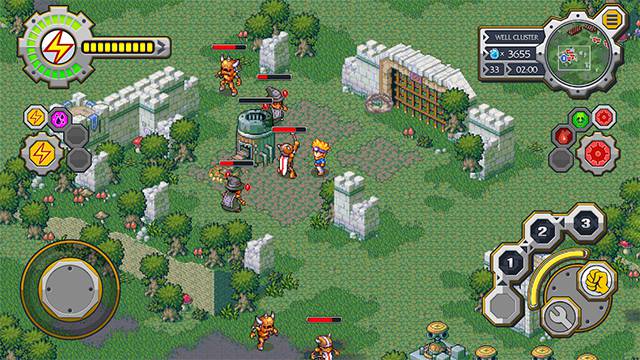 The game is set in a kingdom, which was built from a mysterious material called Source. The builders of this kingdom tried to study to understand the properties of this substance. Later, the great researcher Agonius discovered that Source could simulate life then he began to create digital creatures from Source. The king discovered the danger from this and asked Agonius to stop it. However, he refused and was expelled from the kingdom.

Agonius sought to avenge the king by creating an army. Wars ensued with heavy casualties from both sides. After that, Kenan and Jacob invaded Agonius’ fortress and defeated his army. The game begins after many years of the above war. In the game, Lock is a young man, who lives in a coastal village with his sister (Emi) and grandfather (Tobias). This village was attacked by an army of Agonius. That war will be where Lock and his kingdom’s army fights invading forces with intellect and agility.

Lock’s Quest has a similar style of tower defence game. In the game, players will play the role of Lock with superhuman talent and intelligence. You will arrange the walls, the army and other defence mechanisms for preventing the invading army. Gamers can approach many different types of equipment. Each type will have different abilities of attack and defence. They require the player to arrange properly and also need to upgrade them for more power. Also, characters can participate in this war by fighting directly with monsters. You can defeat them and receive amazing rewards.

In addition, Lock’s Quest allows players to travel through various locations to participate in battles. You do not need to be fast in fighting just like other action games. Instead, you can stay calm and arrange things meticulously to win. Lock’s Quest will become more interesting by allowing players to build walls and machines. They will be very easy and attractive. 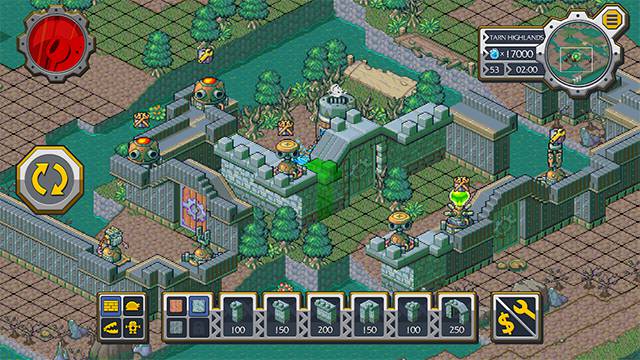 Lock’s Quest is not an interesting game with high-quality graphics. However, it was built in a special way with friendly and colourful images coming from the environment and other sceneries. Everything will be put in a unique and friendly 2D environment. You will easily observe and control everything. Also, Lock’s Quest brings appeal to leading players to the story through conversations. You can stop and talk to better understand the task. The game has many exciting battle music that helps players feel more excited. Besides, it has a lot of sounds that simulate fighting in detail and vividly.

Before a player wants to download and enjoy this game, you may need a little reference for device requirements to install and play the game. Lock’s Quest is not a heavy game, which is only average with capacity from 200-300 Mb depending on the version. You will need a phone running Android 6.0 or higher for the game to work properly. After that, you can move on to the next section to know how to download and install Lock’s Quest Apk for free. 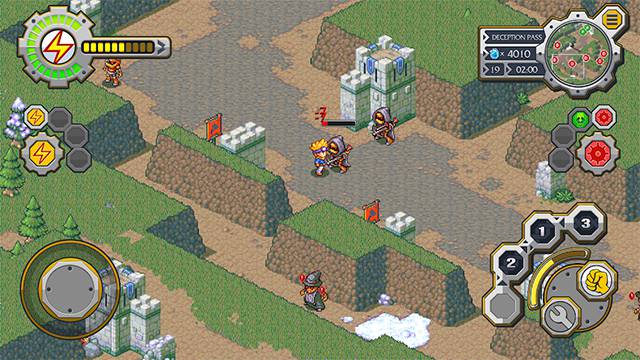 Lock’s Quest is a fascinating game, which brings high tactics and new gaming experience to the players. Besides, you will also experience many other advanced features. In this article, we provide you with Lock’s Quest APK. Readers can download and enjoy the game at the link below. Thanks and have fun!