The defence game is an attractive game genre. The ideas of the tower defence game will never stop being great. JE Software AB developer has refreshed the tower defence game through Last Hope TD – Zombie Tower Defense Games Offline. It is a new and exciting battle that inherits from the fascinating features of defence games. Players will confront the threats coming from the zombies wandering on the wasteland. You will create strategies to gain glory for each battle.

A defence game will require the player to protect specific places. In Last Hope TD, players will defend the locations of people who survive after the attack of the zombies. On the way to the base, you will have to put crossbows and heroes to stop the zombies’ attacks. Place your crossbows at available places on the road. You will start with a small amount of money to be able to buy weapons. Besides, you have to choose the best spots to build your first crossbows. After you kill the zombies, you will have more bonuses to continue building or buying more weapons. Make sure the zombies will not cross the red line, and you can win. In Last Hope TD, the difficulty levels will gradually increase according to the stages. So you have to smartly build and change the strategy to suit the battle situations. 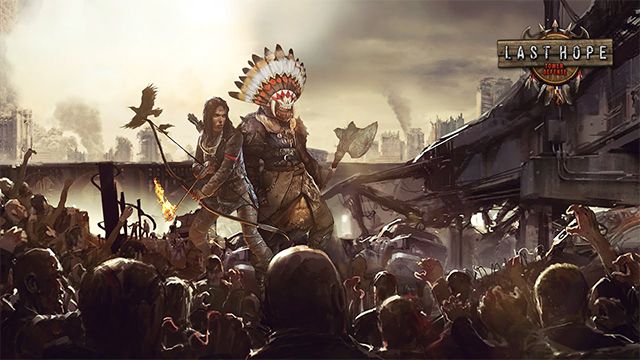 Heroes are very important in a player’s strategy. You can control them to move to many locations in the game. The hero will have great power in stopping zombies in the early stages of the match. You can collect many different heroes and upgrade them for more power. In Last Hope TD, the hero will use a unique weapon and three skills to attack enemies. Through the battle, your hero will level up. Then, the game will provide you with the skill points for developing your fighting ability.

The higher your level is, the more weapons you can unlock. There are many good weapons that you can use based on your levels and tactics. Each weapon can be upgraded in the game screen. You can level them up to increase their strength, speed and attacking range. Some of your weapons can create the magic that helps you fight better. Be careful of your decisions because a wrong upgrade will make you lose the advantage over the enemy.

The zombies in Last Hope TD will be extremely dangerous. They are not stupid AIs, which can only move slowly. Instead, they are very clever in tactics to attack you. They will not only walk the roads in the normal way but can climb from cliffs. Also, they have powerful abilities in moving, jumping over terrain. 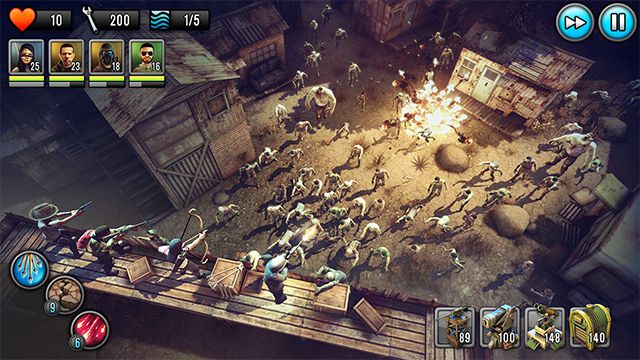 Last Hope TD is an exciting tower defence game. This game also brings great tactics for players to enrich their game. Besides, it also brings a lot of advanced features and an impressive design that makes many people fascinated. We provide the link to download the APK file at the end of this article. Thanks and have fun!

Devil May Cry: Peak Of Combat