AXES.io is a unique action game on mobile phones. This game is in the form of Battle Royale. But it is really simple and fun for everyone to play. Instead of using guns to shoot, players will use rudimentary weapons such as axes, knives, swords to throw at the enemy. AXES.io has simple gameplay, diverse arsenal, interesting characters collection and many interesting features. In this article, we give you all the information about the game as well as provide you with the link to download AXES.io Mod Apk for free on Android phone. Of course, we will instruct you on how to download and install it for free. Let’s check it out right now! 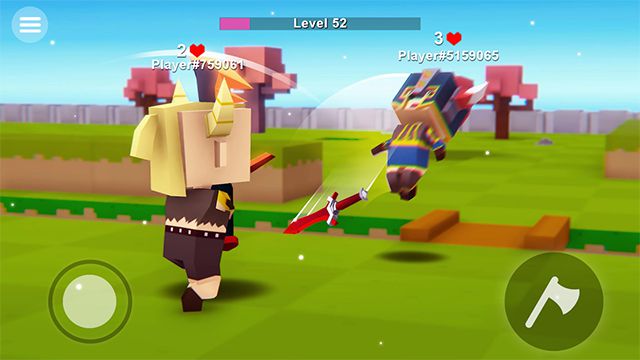 AXES.io is a really simple game in terms of the gameplay. In which, players will control the main character with rudimentary weapons. You will move around the map and attack other players by throwing weapons at them. When you hit them, you will defeat them and gain a higher position in the rankings. You will be the winner if you are the last survivor. For different game modes, there will be different ways to win. But overall, the player will still have to try to knock down as many opponents as possible.

AXES.io has easy and friendly controls for all users. You can use the keys on the left of the screen to control the character’s movement. On the right, there will be the attack key to help you throw the weapons. Besides, you can combine keys to move, attack and hide to win. Do not forget to level up to be able to unlock more weapons, game modes and new characters. 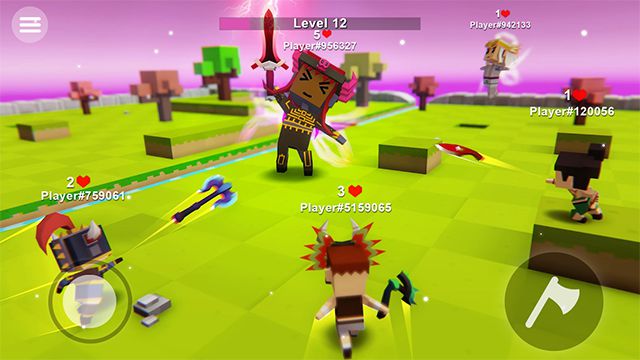 Every day, players will have a lot of tasks for players to do. The missions will require you to perform various challenges when fighting. You can join to receive attractive rewards. In addition, when players gain activity points at different levels, they can receive additional reward chests. These tasks will be refreshed daily so you can continue to complete them. Also, Quests can sometimes be difficult. But it also brings you amazing rewards.

AXES.io has two main game modes including Deathmatch and Battle Royale. With these two modes, there will be different ways to win. Please refer to the information:

In this mode, players will participate in small maps and fight. You can collect rubies to level up the character. After Level up, you can get different random power. Also, you will fight and earn points to get many rewards.

This is a survival game mode that the player’s task will be difficult. Battle Royale will need players to fight against many others for the goal of becoming the last survivor and win the game. You will need to level 5 to be able to unlock this mode. 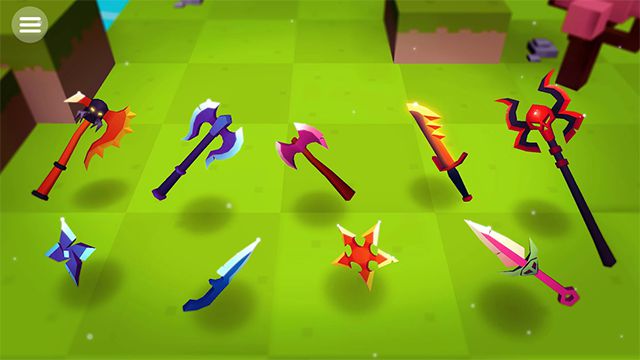 AXES.io offers more than 40 different weapons including designs and shapes. You can use gold coins or diamonds to unlock them easily. These weapons are not only beautiful but they also bring a lot of power to its users. They will be classified very differently including Common, Rare and Legendary. The stronger the weapon is, the easier it will be for the player to win the game. However, you should not rely too much on the power of your weapons because skills will still be the most important factor.

Currently, AXES.io offers 25 different heroes. They are also classified into Common, Rare and Legendary. However, the heroes do not bring strength in combat. Instead, if the player collects 8, 16 or 24 heroes, the reward will be increased after each victory. Also, you will get more gold and more experience, which will help you quickly get the weapons you want.

AXES.io will catch the eye of all players with beautiful design and bright colours. In the game, the characters, weapons and maps will be elaborated very carefully. You will experience the smoothness while enjoying the game with a simple top-down perspective. In addition, the music is good enough. There will be no exciting background music like the usual action games. You will only hear the sounds of the characters fighting and acting. However, AXES.io will still be a well-designed game that attracts many players. 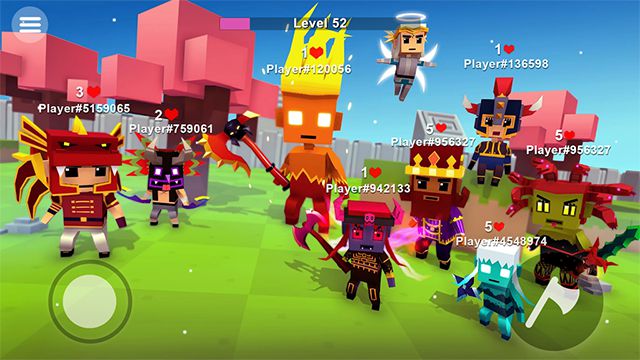 AXES.io is a unique action game, which brings a lot of fun for players. The game is popular with all mobile devices. Readers can download the game at the link below. If you have any deal about the game, please leave a comment below. Do not forget to visit our website regularly for more interesting games and apps! Thanks and have fun!